We’ve all been there.

Moments of anxiety, nervousness or high stress when it feels like our bodies have a mind of their own. Whether it’s an urgent need to urinate or a knot in your stomach that becomes painful, anxiety can impact our bodies in physical ways.

Jim Folk, founder and president of Anxietycentre.com based in Calgary, told Global News our bodies’ sympathetic nervous system responds to the stressful thoughts or moods we may have, including anger, worry or fear.

“When we think we are in danger, the brain can send off an alarm,” he said. “When we think something is going to harm us, it sets off the stress response.”

An urge to pee? It happens

In a piece for Anxiety Centre in April, Folk wrote that an urge to urinate is a common stress response for people with anxiety disorders.

“This symptom may occur rarely, intermittently, or persistently. For example, one day you may visit the washroom numerous times, and the next day follow a more regular pattern,” he said.

“Behaving in an apprehensive manner activates the stress response. The stress response secretes stress hormones into the bloodstream where they travel to targeted spots in the body to bring about specific physiological, psychological, and emotional changes that enhance the body’s ability to deal with a threat.”

Unless your doctor specifies you have a bladder condition that can also cause frequent urination, Folk said anxiety can have this effect too. 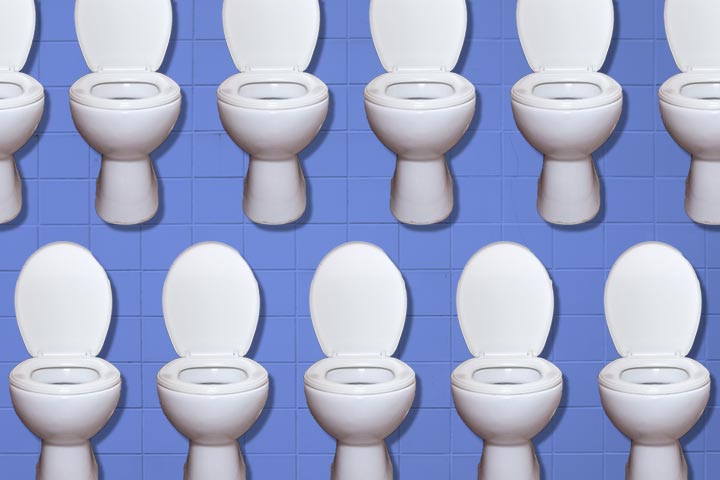 Sometimes, your body may indicate you need to pee, even though you don’t want to, he added.

Dr. Ardesheer Talati, an assistant professor of clinical neurobiology at Columbia University, headed a study in 2008 on why patients with anxiety disorders were more likely to frequently urinate.

In a recent article in HuffPost, a woman named Laura based in New York told the site when it came to preparing for a trade show, she often gets nervous. “When I get nervous or anxious, I get an extreme urge to pee, so that whole day I was just freaking myself out that I was going to pee.”

Other ways our body reacts to anxiety

And besides frequently peeing, there are other ways our bodies react to anxiety.

Demian Brown, a Toronto-based psychotherapist and registered clinical social worker, previously told Global News twitching of your face and body is a common symptom of anxiety.

“When you’re under stress, physiological things start to happen to the body,” Brown said. “Your adrenaline and noradrenaline levels increase as if your body is preparing for some kind of danger. … That takes more blood away from your extremities, and puts it more in the middle of your body.”

Brown added this type of response increases your muscle tone and prepares your body for what is perceived to come in its way.

READ MORE: How climate change can cause depression, anxiety – ‘We will all be affected’

For some, anxiety or stress can also cause diarrhea. According to Verywell Health, when we’re stressed, diarrhea (or urinating) is our body’s response to handling it.

“When you come across something that you perceive as threatening, your body reacts with a variety of physical changes: heart rate and respiration increase, your muscles tense up, blood is directed toward your extremities, and most relevant to the current discussion, your colon contractions speed up. In some cases, this increase in colon activity can result in the symptom of diarrhea,” the site noted.

Folk added anxiety or stress can even “shut the digestive system down,” and some people can feel constipated as well.

Folk said other common physical reactions include sweating, sweaty palms or knots in the stomach.

“Rapid heart rate is one of the common ones because stimulus gets the heart going,” he explained. “People can experience skipped beats when the heart is sort of jolted by the stress response”

Another common response is tightness in the throat.

“And they think they can’t swallow because they would choke.”

Other ways our body reacts to anxiety

But for some people, these types of reactions happen as one-offs or every time they get nervous. For others, Folk said, it can become chronic and this is when you should speak to a doctor or therapist to find ways to manage the symptoms.

“If symptoms are starting to become impairments… seek help,” he said. “If you’re not going to go out because you don’t feel good, that’s an impairment.”

READ MORE: Do your eyes twitch often? It could be a symptom of a mental health issue

Sometimes, we can manage these symptoms. If you’re the type of person who gets anxious or nervous before a presentation and often have to pee or feel tightness in your muscles, it’s about learning to calm down. “Calming yourself down is going to slow the body down,” he said.

In this scenario, Folk suggested coming into a meeting room 20 minutes before the presentation and try deep breathing. And if you’re worried about an urge to urinate, don’t drink fluids two hours before your presentation.

“If a person is doing regular relaxation techniques, meditation or , you can keep your body calm and it’s going to function way better.”

— with files from Laura Hensley